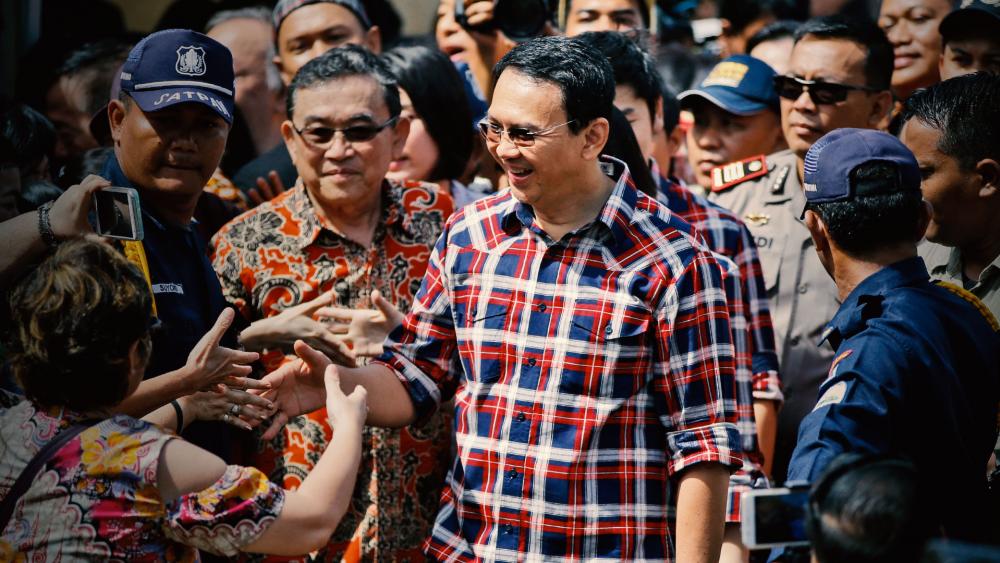 A Christian politician was set free in Indonesia Thursday after serving nearly two years in prison for blasphemy.

Basuki Purnama – known as “Ahok” – is the former governor of Jakarta.

During his unsuccessful re-election campaign in 2016, he said people were wrong if they believed a specific verse in the Quran forbids Muslims from voting for non-Muslims.

Islamic hardliners, some of whom have called for a caliphate to replace Indonesia’s democracy, said those comments were blasphemy. Hundreds of thousands of protesters filled the streets in Indonesia to protest Ahok’s remarks.

He was later convicted and sentenced to two years in prison by a five-judge panel.

“We want to turn Indonesia into a true Muslim nation, and we succeeded with Ahok,” said Novel Bamukmin, a radical Islamist who helped lead the rallies, told the New York Times.

Critics said the sentence showed why Indonesia’s blasphemy law could be easily abused and should be repealed. “Ahok’s case made a lot of people aware of a problem that I’ve been studying for years, which is that radical Islam is really on the rise in Indonesia,” said Andreas Harsono, a researcher with Human Rights Watch in Jakarta. “You can’t ignore it anymore.”

But Ahok says he doesn’t regret his imprisonment.

“If we could go back in time and someone asked which would you choose  [Going to prison or winning the election]  I would say I choose to be imprisoned at Mako to study for two years, so that I could maintain self-discipline for the rest of my life,” he wrote in an Instagram post a few days before he was released. “If I were re-elected, I would have become more arrogant, rough, and I would have hurt people.”

After his release, Ahok said he wanted to pray at his father’s grave and to travel abroad to avoid Indonesian politics.